Just as every one of our clients is an individual - or a group of individuals - with a tale to tell, we, too, have a story that has shaped us.

Ours will explain what makes us different and why we believe understanding your story will make us better at helping you manage enduring wealth. It begins with the Compagnie du Canal Maritime de Suez and then Banque de l’Indochine.
It is a story of managing change over generations, helping clients create and manage their fortunes, all over the world. 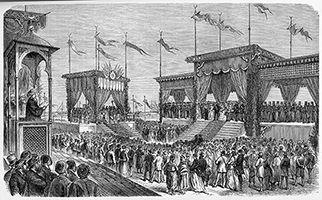 Compagnie Universelle du Canal Maritime de Suez is founded by Ferdinand de Lesseps in order to dig and operate the Suez Canal, an incredible 160-km-long feat of engineering that runs from the Mediterranean to the Red Sea.

Renamed Banque de Suez et de l’Union des Mines in 1966 and merged with Banque de l’Indochine, it becomes one of the cornerstones of Banque Indosuez, founded in 1975. 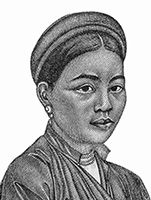 The central bank for French territories in Asia, Banque de l’Indochine is created upon the initiative of several private banks (Comptoir d’Escompte de Paris and Crédit Industriel et Commercial, later joined by Société Générale and Crédit Lyonnais). It helps further French interests in Asia by opening a number of branches in places such as Saigon (1875), Hanoi (1886), Phnom Penh (1890), Hong Kong (1894), Shanghai (1898), Singapore (1905) and Djibouti (1908). It plays an active part in Chinese lending in the early 20th century, then in developing Indochina.

With the Great Depression of the 1930s, Banque de l’Indochine becomes a merchant bank. After the colonial regime begins to come to an end and the bank relinquishes its right to issue currency in 1947, it successfully refocuses on the Middle East (Saudi Arabia in 1948 and Lebanon in 1951) and South Africa (1949). It sets up a location in New York in 1947.

In the 1960s, it develops its merchant banking and international trade finance activities. It blazes new trails, establishing Locafrance, the first French leasing company (1961), then factoring company Facto France Heller (1964). After some stock market turmoil, it joins Compagnie Financière de Suez Group in 1972, which leads to the creation of Banque Indosuez in 1975. 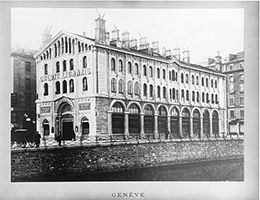 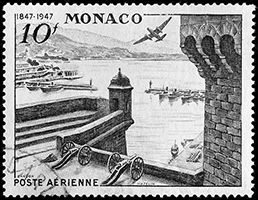 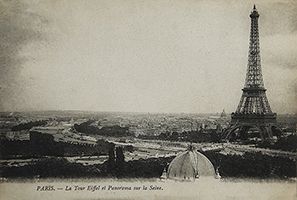 The boutique wealth management firm is renamed Banque de Gestion Privée in 1968, before going on to join Crédit Agricole group in 1991. 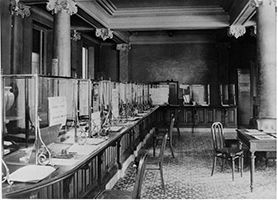 The French bank is then integrated within Suez Group. 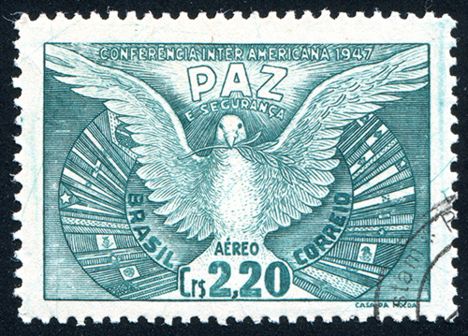 OPENING of the first Banque de l'Indochine branch in Switzerland 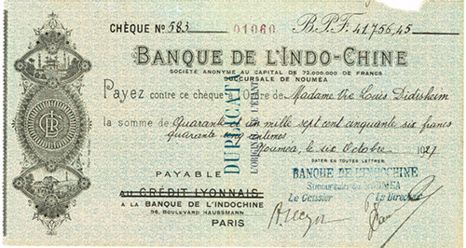 The bank opens its first branch in Lausanne. 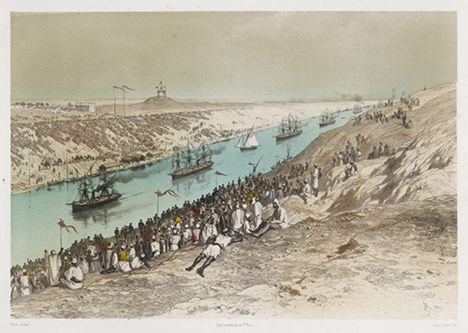 The bank is born out of the merger between l’Union des Mines-La-Hénin and Banque de Suez. Originally the bank of Compagnies de Suez and La Hénin groups, it focuses its development on activities such as specialised lending for consumers or real estate (Sofinco, Cogéfimo, Banque la Hénin). Working alongside businesses, it successfully expands its operations abroad: international trade finance, foreign exchange markets, purchases of international bond issues, activities through subsidiaries in places such as London, Luxembourg and Italy. 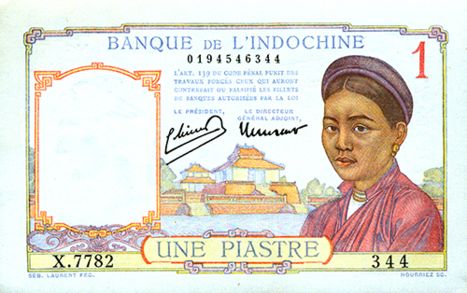 Indosuez is created in 1975 after the merger of Banque de l’Indochine with Banque de Suez et de l’Union des Mines.

Between its establishment in 1975 and its acquisition by Crédit Agricole in 1996, Banque Indosuez undergoes a profound transformation to become the major French merchant bank to compete with Paribas which is also active in private banking. Its international network increases exponentially to include 60 locations, establishing a presence in the United States and returning to Banque de l’Indochine’s historic territories. At the start of the 1980s, Banque Indosuez is one of the most established foreign banks in China with offices in Beijing (1982), Shenzhen (1983) and Shanghai (1960 reopened in 1984). Having considerably developed its capital market activities, it innovates once more by opening the first trading floor in France in 1984. The bank is nationalised (Act of 11 February 1982) then privatised in 1986, at the same time as its parent company Compagnie de Suez. 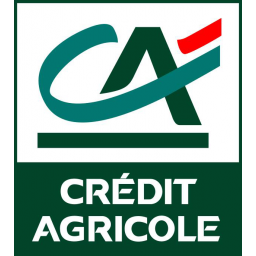 In July 1996, Caisse Nationale de Crédit Agricole (CNCA) takes a leading role in Corporate and Investment Banking with the acquisition of the majority stake in Banque Indosuez from Compagnie de Suez, with which it has a longstanding and close relationship.

As CNCA deploys its international and market activities through its new subsidiary as well as through Unicrédit, Crédit Agricole Indosuez is born (1997). 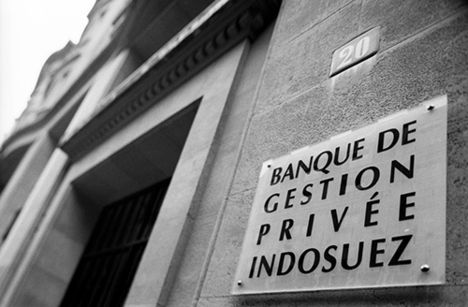 BGPI arises from the merger of the Wealth Management activities of Crédit Agricole Indosuez and Banque de Gestion Privée.

Crédit Agricole group has strong ambitions for its Wealth Management business line and undertakes to create a major international specialist. In order to reconcile its different strengths, the group first merges Banque de Gestion Privée Indosuez and Crédit Agricole Indosuez Cheuvreux Gestions. It acquires Crédit Lyonnais and a number of its foreign offices, some of which, like Geneva, are now central to our network. In 2005, it goes on to merge the Swiss subsidiaries of Crédit Agricole Indosuez and Crédit Agricole (Switzerland) S.A., after consolidating Canadian Imperial Bank of Commerce (Switzerland) and Intesa Bank (Switzerland). Measures are also taken to reinforce the Group’s activities in Monaco, with the absorption of the Monaco branch of Sudameris Monaco and the activities and teams of BFO by CFM Monaco (known under the name of Crédit Foncier de Monaco until 2004), also in 2005. Not to forget, of course, the acquisition of Banque Sarasin by Crédit Agricole Luxembourg in 2008.

FOUNDING of a holding company for wealth management activities

The new holding company brings together all of Crédit Agricole group’s Wealth Management activities and allows for the implementation of a cross-business organisational structure, particularly in terms of expertise and wealth structuring.

France  refocuses on the Indosuez brand 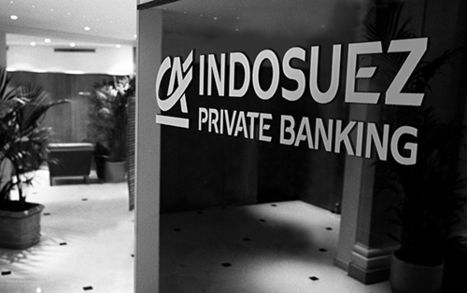 SIGNING of a referral agreement in Monaco

CFM Indosuez Wealth signs a client referral agreement with HSBC Private Bank under which it serves HSBC’s clients in Monaco. 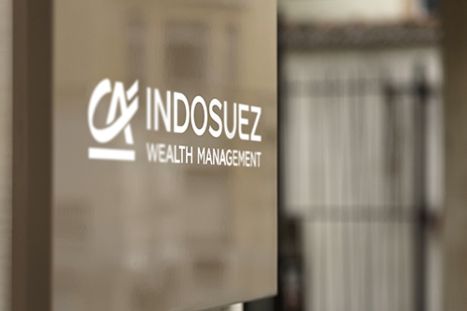 in Asia and Italy

acquires a stake in Azqore’s capital

Crédit Agricole Private Banking Services was a department of CA Indosuez (Switzerland) S.A. that was set up in 1992. It is now known as Azqore and is an independent subsidiary of Indosuez group with offices in Switzerland and Singapore. Azqore is the expert partner in digital transformation for the wealth management companies of tomorrow.
Capgemini owns 20% of Azqore’s capital.

A single brand in Italy 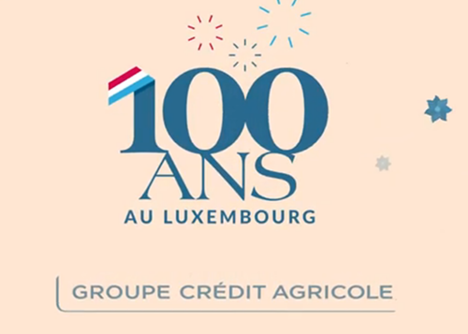 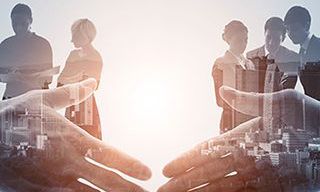 CA Indosuez Wealth (France) and its parent company merge. The name of the new entity is CA Indosuez.